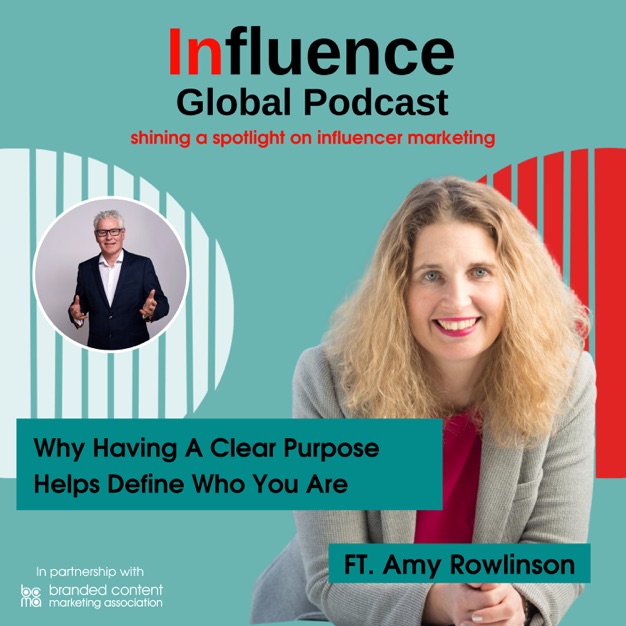 Amy Rowlinson is the host of the successful podcast called ‘Focus on Why’, but it wasn’t the first one Amy hosted. She used to run a property podcast but then at the beginning of lockdown her business partner suggested they stop it. As it happens it was the best thing she did, because Amy had been talking a lot about purpose within business so this transition was a natural one. Amy speaks at all sorts of events on her key subject and is an active member of the Professional Speakers Association. She is also an active volunteer from the Olympic Games to cricket and has won an OSCAs award presented to her by Michael Vaughan at Lords Cricket for her services to Cricket. Her influence was also apparent with a tragic accident that affected her son, having to have emergency brain surgery within hours of playing a game of rugby. A very personal post that followed she put on LinkedIn has attracted over 150,000 views. Amy says what I have seen from that is the power of sharing a message. Listen in to this heart-warming interview.

Produced by Neil Whiteside at freedom:ONE

This website uses cookies to improve your experience while you navigate through the website. Out of these cookies, the cookies that are categorized as necessary are stored on your browser as they are essential for the working of basic functionalities of the website. We also use third-party cookies that help us analyze and understand how you use this website. These cookies will be stored in your browser only with your consent. You also have the option to opt-out of these cookies. But opting out of some of these cookies may have an effect on your browsing experience.
Necessary Always Enabled
Necessary cookies are absolutely essential for the website to function properly. This category only includes cookies that ensures basic functionalities and security features of the website. These cookies do not store any personal information.
Non-necessary
Any cookies that may not be particularly necessary for the website to function and is used specifically to collect user personal data via analytics, ads, other embedded contents are termed as non-necessary cookies. It is mandatory to procure user consent prior to running these cookies on your website.
SAVE & ACCEPT