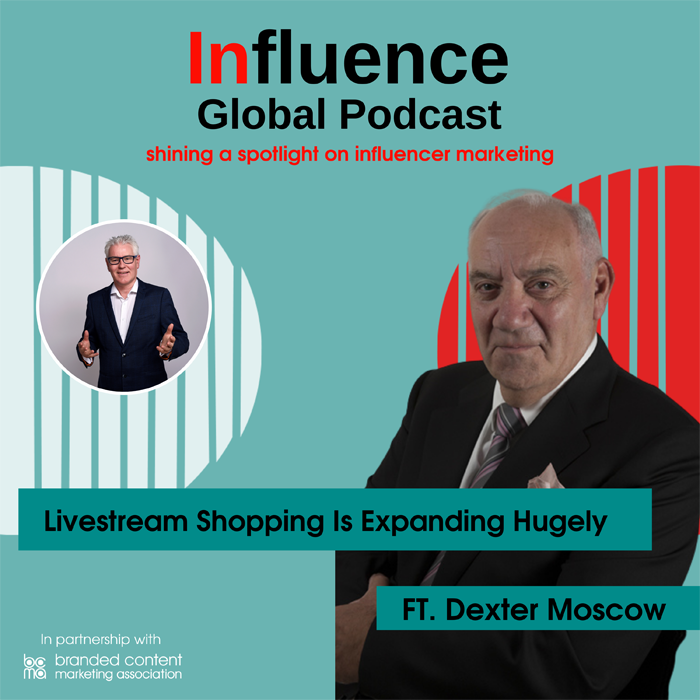 In this episode we are talking livestream shopping with Dexter Moscow, video coach and author of Stand Up and Sell. Dexter has worked with many well known brands and been a former guest presenter for many years on the shopping channel QVC, a brand that now generates over $9bn in revenue. Big E-commerce platforms like Amazon and Alibaba have realised the value of influencers not as mere promoters but highly successful sales drivers. In 2020 Alibaba said it was recruiting 3m influencers, 100k in the first year and Amazon too have requested similar numbers to launch their Amazon influencer programme. Dexter talks about some of the qualities it takes to be a good sales person in a live environment. Some influencers like BeautybyCarla now promote themselves as Amazon Influencers, so what does the future hold for this rapidly growing area. I started by asking Dexter about how he started out in his career.

Produced by Neil Whiteside at freedom:ONE

This website uses cookies to improve your experience while you navigate through the website. Out of these cookies, the cookies that are categorized as necessary are stored on your browser as they are essential for the working of basic functionalities of the website. We also use third-party cookies that help us analyze and understand how you use this website. These cookies will be stored in your browser only with your consent. You also have the option to opt-out of these cookies. But opting out of some of these cookies may have an effect on your browsing experience.
Necessary Always Enabled
Necessary cookies are absolutely essential for the website to function properly. This category only includes cookies that ensures basic functionalities and security features of the website. These cookies do not store any personal information.
Non-necessary
Any cookies that may not be particularly necessary for the website to function and is used specifically to collect user personal data via analytics, ads, other embedded contents are termed as non-necessary cookies. It is mandatory to procure user consent prior to running these cookies on your website.
SAVE & ACCEPT